What is a Section 21 Notice?

Landlord Assist can arrange for the preparation, drafting and service of a Section 21 notice on your tenant but before going ahead you should consider whether it is the most effective notice to serve in the circumstances.   You must also ensure that you have complied fully with the requirements for securing a favourable Judgment should you need to rely upon the notice by way of Court Court proceedings.  . To follow are some things to consider however should you wish to discuss the matter FREE and without obligation then call us on 01843 223223 or email us enquiries@landlordassist.co.uk. We’ll take the hassle out of issuing a Section 21 notice  thereby ensuring that the legislative requirements for securing the desired outcome have been met in full should your tenant refuse to surrender the tenancy voluntarily. 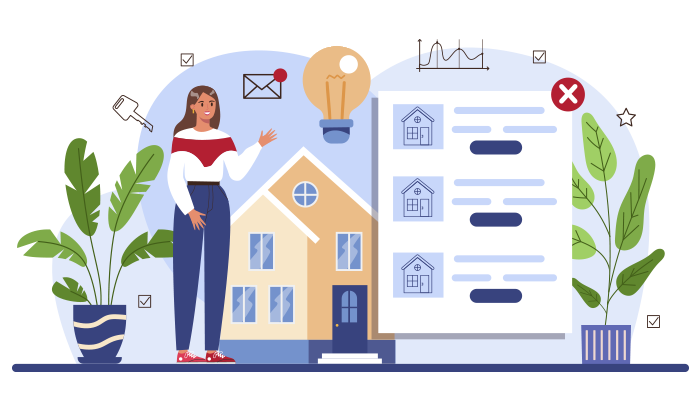 A ‘Section 21 Notice to Quit’, so called because it operates under section 21 of the Housing Act 1988, is the notice a landlord can give to a tenant to regain possession of a property at the end of an Assured Shorthold Tenancy (AST).  The landlord is able to issue the tenant with a section 21 notice without giving any reason for ending the tenancy agreement. It cannot be served until after the tenancy has commenced and it is good practice not to issue it the day the tenancy is created.
A landlord has the legal right to retain possession at the end of a tenancy but must follow the correct legal procedure, which includes serving a section 21 notice. The Housing Act 1996 amended the section 21 of the 1988 Act by requiring this notice to be given in writing.
Section 21 of the Housing Act 1988 is divided into subsections with different procedures to be followed depending on whether the Section 21 notice is served before the fixed term has come to an end or after, when the tenancy has become a periodic tenancy.
Before the section 21 Notice can be issued the Landlord must ensure that the deposit has been administered. Changes brought in by the Localism Bill give the landlord 30 days to attend to the deposit and to issue the prescribed information. Unless this is done a Section 21 Notice cannot be enforced.
Under section 21 of the Housing Act 1988 as amended by the Housing Act 1996, a landlord has a legal right to get his property back at the end of an assured shorthold tenancy.
In order to invoke this right, he is required to follow the correct legal procedure which involves serving a section 21 notice to quit on the tenant or tenants.  A section 21 notice can be issued at any time during the fixed tenancy or during the periodic tenancy although different notices will be required depending on whether the tenant is in a fixed or periodic tenancy.
If a landlord wishes to regain possession before the end of the agreed term, this may be possible if he can show certain conditions have been met.  In order to do this he must first issue the tenant with a valid section 8 notice to quit.
Section 21 of the Housing Act 1988 as amended by the Housing Act 1996 as amended by schedule 29 of the Coronavirus Act 2020 requires that the landlord provides tenants of an Assured Shorthold Tenancy (AST) with a minimum of four months’ notice in writing, stating that possession of the property is sought.  The four months starts when the tenant receives the notice not when the notice was written/posted. Please contact us should you have any questions relating to the service of the notice.
A Section 21 notice must be served before possession order will be issued by a court.  Possession under this section of the Housing Act 1988 cannot take place during the fixed term of the tenancy, but the notice can be served once four months of the fixed term have elapsed provided the tenant is given a minimum of four months’ notice.  The tenant is not required to give up possession of a property until a minimum of four months after the Section 21 notice to quit was served.  This includes Section 21 notices served up until the last day of the fixed term.
The provisions in section 21(1)(b) applying to fixed term tenancies state:
“Without prejudice to any right of the landlord under an assured shorthold tenancy to recover possession of the dwelling-house let on the tenancy in accordance with Chapter I above, on or after the coming to an end of an assured shorthold tenancy which was a fixed-term tenancy, a court shall make an order for possession of  the dwelling-house if it is satisfied-

that the assured shorthold tenancy has come to an end and no further assured tenancy (whether shorthold or not) is for the time being in existence, other than a statutory periodic tenancy: and

the landlord, or in the case of joint landlords, at least one of them has given to the tenant not less than four months' notice stating that he requires possession of the dwelling-house." A notice can be issued more than four months before the end of a tenancy but it should not be dated to expire on or before the last day of the tenancy. For example, if a Section 21 notice was issued four months before the tenancy was due to end, the notice would have to be dated after the last day of the fixed term.

If a section 21 notice is issued during the initial fixed term of a tenancy to regain possession at the end of the fixed term tenancy, then should the landlord decide to grant another fixed term, a new section 21 notice would be required to regain possession.
Once the fixed term of the tenancy ends, unless a new fixed term is agreed upon a tenancy automatically becomes what is called a statutory periodic tenancy which rolls from week to week or month to month depending on how often the rent is paid.
If the tenant does not leave by the expiry date on the notice the landlord will need to apply to the court for a possession order. Provided the correct procedure has been followed by the landlord issuing the Section 21 notice, the court will have no choice but to grant the possession order.
The Court system allows two types of claim to enforce a section 21 notice. These are a standard and an accelerated process. The accelerated process allows for the claim to proceed without the need for a court hearing whilst a standard section 21 claim  will require a hearing at the County Court in front of the District Judge.

After the court has issued the tenant with the notice to leave, if they have still not left within the required period, then a landlord can ask county court bailiffs to evict the tenant.
Landlord Assist suggest that you use a firm like ourselves for the preparation and service of notices. We are very experienced in this and will therefore ensure that the documents are correctly drafted, correctly served and therefore enforceable.
Tenancy Law is fairly complex. We are delighted to be able to offer you a FREE, NO OBLIGATION review of your particular circumstance. A recent report stated that 71% of section 21 claims were dismissed by the Courts as being defective. We have a 100% success rate for the section 21 Claims that we have been involved with.

Consult our Landlord and Tenant team to find out how we can help you.

Agent Assist and Landlord Assist are specialists in Landlord and Tenant, and offer a range of related services, with an emphasis on resolving tenancy disputes and tenant eviction.